Are you spending Christmas away from home? Why not cheer yourself up by telling some white lies about the origins of Christmas? Try sprinkling these facts into conversations with friends and family (with a perfectly serious teacher-face) and see how many you can get away with…

1. Christmas was invented to cheer up British people after the Great Plague.

2. Christmas was originally called “Presents and Food Day”, but Charles Dickens was commissioned to invent a more catchy name, and we’ve called it Christmas ever since.

3. Christmas stockings were traditionally filled with live robins that would start cheeping as an alarm system when Father Christmas came down the chimney. 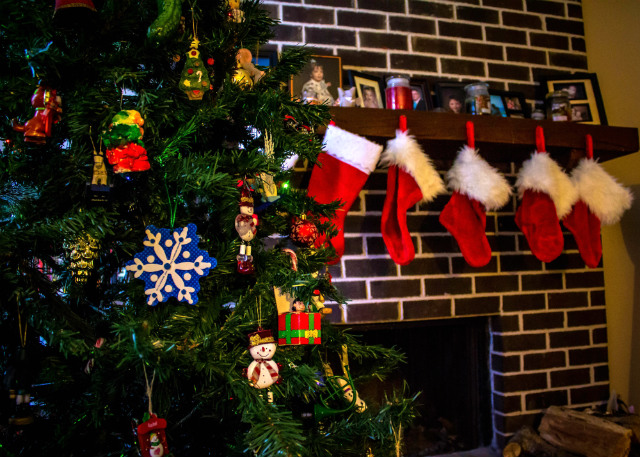 4. Father Christmas was originally a woman, but Queen Victoria ordered the story to be changed and Santa has been a man ever since.

5. Santa Claus traditionally had eight reindeer until the ninth reindeer, Starbucks, was added in 2014.

6. In England, “pudding” can denote different types of sweet or savoury dish that may be eaten for main course or dessert. On Christmas morning, Yorkshire pudding is eaten for breakfast with custard and/or gravy.

7. British people put a barbed plant called holly on and in everything during the Christmas holiday. This is to punish themselves for not being at work.

8. Nowadays, many British people decorate the outside of their houses at Christmas. If your Christmas lights are visible from space, you get a letter from the Queen and a £100 note.

9. On Christmas day, the Queen announces the winner of X Factor on live TV. The winner gets to be the Prime Minister for a day and have their face on a postage stamp.

10. People build snowmen in their gardens to ward off carol singers, which are ghostly apparitions who visit houses wailing for money.

11. The Christmas tree is symbolic of the tree under which the first Father Christmas attained enlightenment.

12. The first Christmas tree was a gift from the Romans, who hid warriors in the hollow trunk. We traditionally wrap the tree in tinsel to symbolise trapping the warriors inside.

Teacher Horizons would like to wish all readers and subscribers a Merry Christmas! Have a relaxing break whether you’re home for the holidays or staying abroad.

Written by Sammy Tame
who lives and teaches in Cambodia. Sammy has her own blog.
Explore. Connect. Share.
We're the world's leading community of international teachers. More than just a job search, Teacher Horizons is your online home, wherever your journey takes you.