At the time, I felt safe in my sleepy village but wondered what economic impact it would have on Thailand. In this article I take a look at how the teaching profession has been affected, and what has changed in Bangkok since the coup. 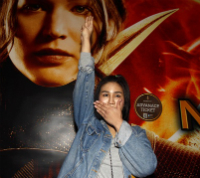 Since then, a lot has come and gone (mostly politics which is not for me to comment on) but one thing that is evident is that many expats have left. That’s evidenced, albeit anecdotally, by the number of houses up for rent and the way the prices have lowered in my mooban.

I predicted that international schools would be hardest hit and for some of my colleagues, their schools were forced to hire local teachers (by ‘local’ I mean those expats who were already here and were contemplating moving on to greener pastures).

Some of my teacher friends were the ones who gained as the overseas hire was often a no-show – or the school simply didn’t bother looking abroad in the first instance. The worry being that most teachers contemplating the move, would have second thoughts.

How has expat life changed in Bangkok since the coup?

Some things have definitely changed. For example, the visa rules and tightening of existing laws has made everyone feel uneasy. There’s nobody in my circle of friends and colleagues who hasn’t got a tale to tell of the ‘shakedown’ – a euphemism for the ‘crackdown’ on expats. Tales of being stopped by the authorities and searched in central Bangkok. Very often in broad daylight.

On various Facebook and internet forums, there is a disturbing level of expat anxiety – whispered questions being asked constantly about visas, overstays, teaching licenses, etc – all with different opinions and answers because the truth is that there is no definitive answer.

Everyone has been treated differently; with the ‘rules’ being open to interpretation. Some might say this was always the case. Maybe that’s true – but more often that not, it always felt like the rules fell in our favour. 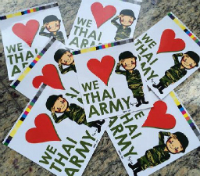 The physical signs are still there; the military has been replaced by a heavier police presence on the streets. In the days after the coup, the military presence made me feel uneasy but as the days have passed, it is less and less evident that we are under martial law and a coup.

You see the occasional grammatically awkward car-bumper sticker that says “I Love Thai Army”, as a reminder of who is in charge. The radio stations talk of ‘bringing back happiness’ and in a way it has – but not to all sectors.

There’s still something missing from Bangkok. The vibrant heartbeat has dulled like an old man with angina. The Khao San Road bars pack up dead on midnight with people scurrying to bring down their shutters with a palpable fear that has left tourists bemused.

Soi 11 Sukhumwit is nowhere near as busy as it once was, with restaurants and pubs evidently suffering from the tourist downturn.

A friend, who visits once per year, commented on the changes. As an experienced lover of Thailand, she saw the above first-hand and said it was more than noticeable. She said you ‘could feel it’.

Driving back from the city late at night, there are road-blocks set up, with police searching cars and passengers. The tensions are still here. Embassies worldwide still advise caution in their Thailand travel advice. The UK embassy in Bangkok has asked all Brits to email if they have been stopped by police.

But for me, juggling life as both a teacher and a working mum, life pootles on.

The day to day grind of the traffic jams, fumes and street food belie what really may be happening. Although there’s been no significant change to our lives. It still feels uncertain.

I guess we are all waiting for the next instalment. Those of us who are still here that is.

Read Julia’s other posts about life in Thailand with a young family.

Written by Julia Knight-Williams
a Curriculum, Planning and Pastoral Delivery KS Coordinator at a Preparatory School in Thailand. Follow Julia on twitter.
Explore. Connect. Share.
We're the world's leading community of international teachers. More than just a job search, Teacher Horizons is your online home, wherever your journey takes you.