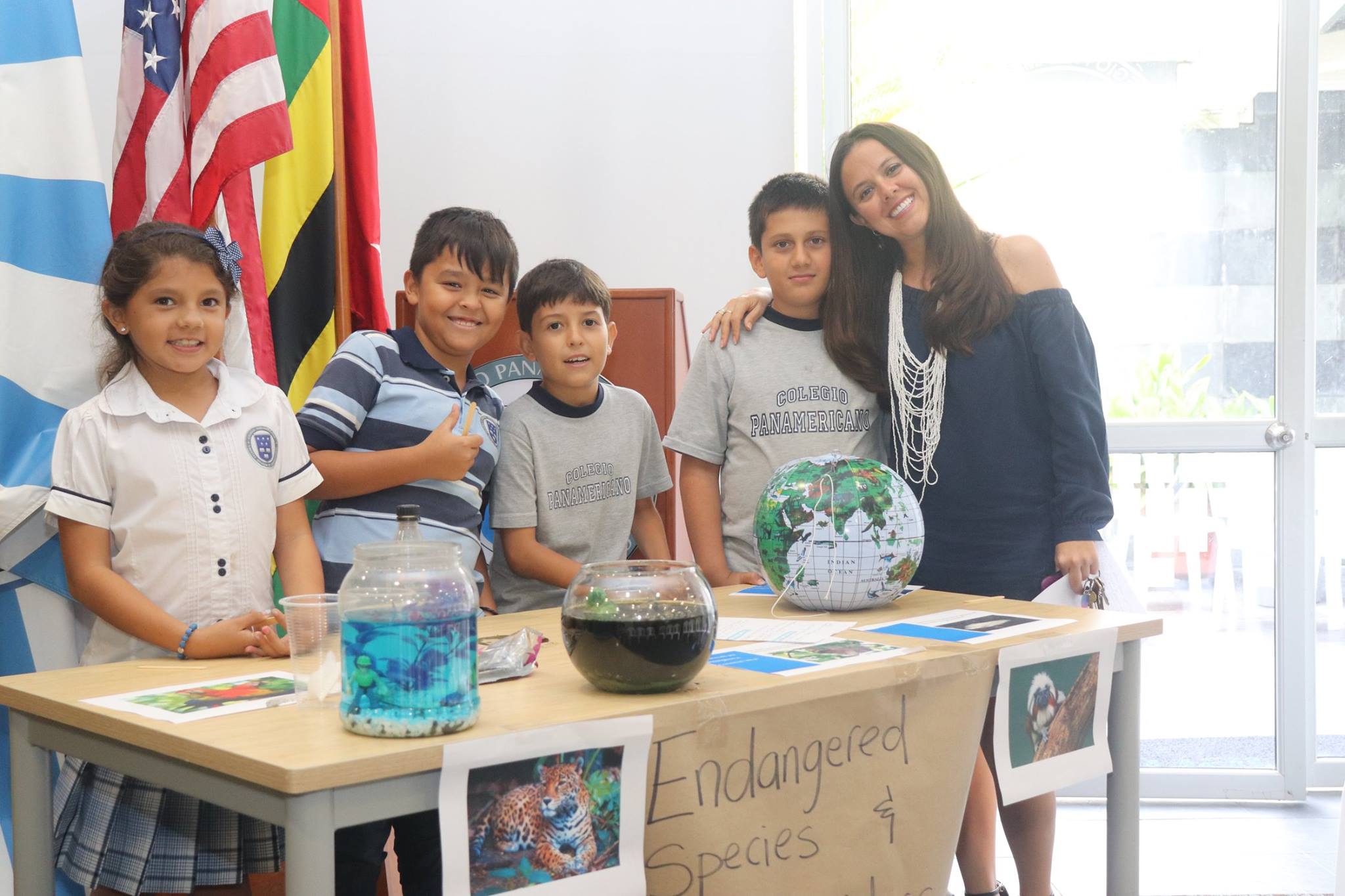 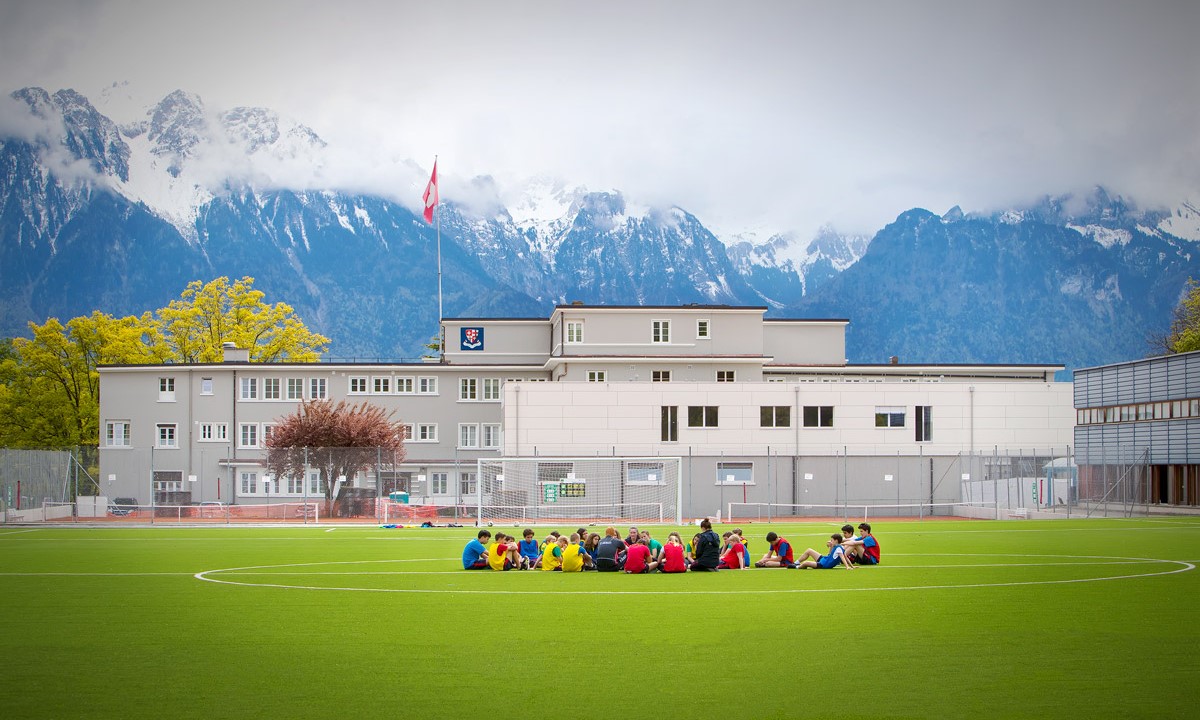 The best locations for international teaching jobs in 2021. 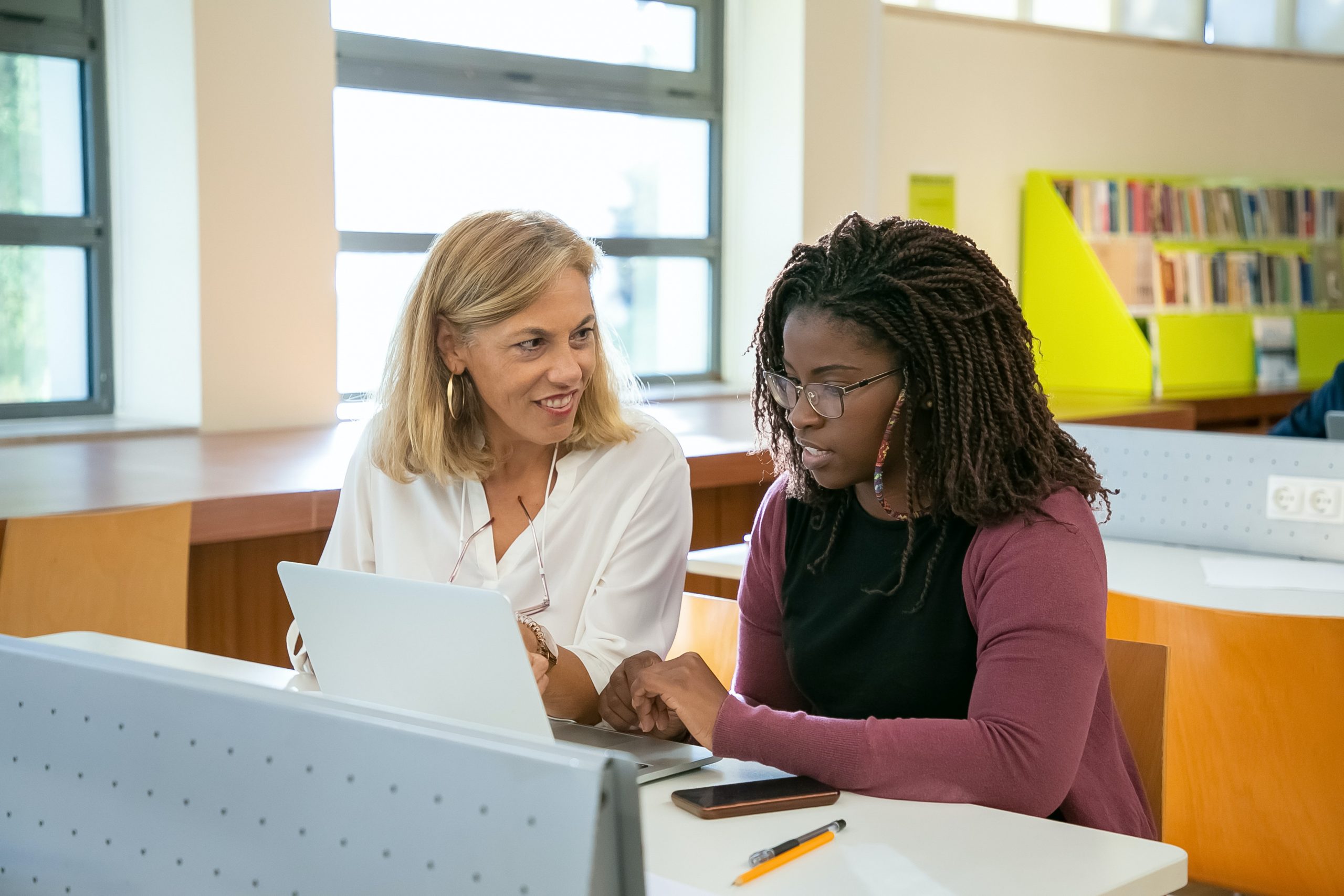 A culture of coaching: how to prevent a wellbeing crisis

I have a confession to make. I was struggling to come up with something for this blog which would be of interest to all you fab teachers out there. I wanted to write about initiative and then I found a story which perfectly highlights this theme.

I recently read a fantastic blog from Alan Newland who is a retired ex-teacher in London. He recounts amusingly a couple of great school trip stories. Here is an excerpt from his blog. Take it away Alan….

One day I lost a child on the London Underground. Beat that.

It was my first term and I wanted to impress my ‘lively’ Year 6 class by doing a topic on dinosaurs. Kids love dinosaurs – Pterodactyl, Diplodocus, T Rex and all that – they’re terrifying and great fun. In London we have the wonderful Natural History Museum with its amazing life-size exhibits. I organised a trip. In those days, getting there from Hackney in East London involved a bus ride to Kings Cross Underground station followed by a tube ride to South Kensington. I don’t know if you have ever been to Kings Cross Underground? It’s undergone a transformation recently. It needed it. 350,000 people pass through that station every single day. It’s an easy place to get lost… 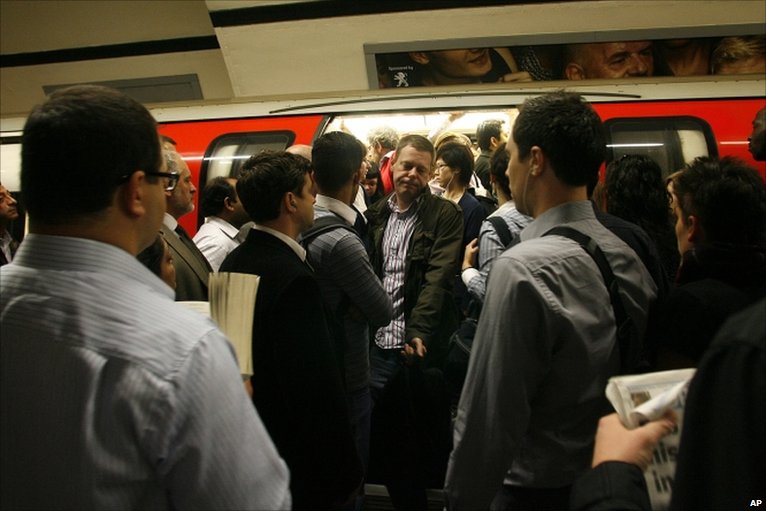 There I was, six weeks as a teacher. I had 30 kids. I was on my own (except for a mum who worked part-time at the school – known in those days as ‘a Lady Helper’). The kids are excited. It’s a day out. All they care about is comparing their sandwich fillings. We are on the platform and I see the first train coming is not going our way. So I’m trying to make myself heard above the melee of commuters, dancing up and down the platform trying to keep the kids back: “This is not our train everybody! Stand back! Stand back! It’s not our train!” I think I’ve got the situation under control.

There’s always one isn’t there?

It’s Maxine. She’s a lovely kid but she’s not taking a blind bit of notice of me. The train comes in, the doors open and she jumps on thinking everyone is going to follow her. The kids see her and shout: “Maxine! Get off, it’s not our train!” But it’s too late, before she can, the doors close.

I will never forget her face.

It’s a bit like that painting by Munch – you know the one – it’s called The Scream. Only this time it’s with a black girl wearing horn-rimmed glasses and her face is pressed against the door of the tube train as it passes me.

Now… just pause for a minute and think how the other kids reacted to this?

Maybe with horror? Shock? Panic? Perhaps even a little nervous laughter? Well, if you think laughter, you’re only half right.

It was raucous, uncontrolled hilarity. Those kids were laughing hysterically. “Maxine! You idiot!” they screamed, pointing at her and bouncing down the platform, chasing the train for as long as possible before it disappears into the darkened tunnels of the London Underground.

I am the one in a state of horror, shock and panic – because I don’t even know where the train is going.

These days when you use the London Underground it has announcers, information boards, help points, CCTV, friendly people in blue uniforms everywhere. Then, there was nothing. You would have to go back up to street level to find someone to help.

I set about trying to organise my ‘Lady Helper’ to manage the kids while I set off for some real help. I am running back and forth trying to find where the train has gone and what to do. The kids are still falling about laughing. They think this is great. Even the ‘Lady Helper’ thinks it’s funny.

Within a couple of minutes, someone walks round the corner and I get a real shock.

How did that happen? Well, the next stop is Euston Square, only 50 seconds away. She had obviously jumped off the train there, run over the footbridge and there was a train coming back in the opposite direction. I kid you not – she was back with us within three minutes. Ok. Four. Tops. In fact, it was so quick, the kids were still laughing when she walked round the corner.

But boy, was I relieved. Phew!

So off we went to the Natural History Museum. We ate our sandwiches, we saw the T Rex, we got a tour, we drew pictures, and we learned a lot. When I got the kids back to school I asked them to write all about dinosaurs…and what do you think they wrote about…? Yeah… you’ve guessed it.

But I’ll tell you this… and this may surprise you… even shock you. It didn’t even occur to me to report that incident to the head teacher. I’ve often wondered why. But I think over the years I’ve concluded that, in a funny sort of way, nothing really happened.

Yes, I know I lost a child on the London Underground… (did you have to remind me?) but… if you know what I mean… there was no real incident to report. Maxine wasn’t hurt, she wasn’t even upset. Maybe she was a little embarrassed because the other kids were laughing at her, but other than that there was no crisis, not even an issue. I didn’t even think of mentioning it to Maxine’s mum.

I am now the head teacher of a primary school in Hackney and my Year 6 teacher wants to take her 24 kids to the Natural History Museum because she’s doing a topic on… yep… good old dinosaurs!

How many adults do you think she has going on the trip this time? Four? Five? Six? Actually it’s seven. This includes two parents who won’t agree to let their children go on the trip unless they are in attendance too.

The teacher, a great girl who has bags of energy and ideas, has already spent her weekend doing a reconnaissance visit. She’s done a risk assessment, insurance forms, permission slips and planned the educational outcomes brilliantly. Off they go to the Natural History Museum with 24 kids and six other adults. It’s still a bus down to Kings Cross and the tube round to South Kensington. They get to the platform of Kings Cross Underground… guess what happens?

No… it’s not the teacher who gets on the wrong train this time.

No… Maxine has not grown up to be the Station Manager of Kings Cross.

Believe it or not, exactly the same thing happens. Only this time, it’s not one girl, it’s four!

The train pulls in and the teacher is calling out: “It’s not our train everybody! Stand back! Stand back!” But in spite of the fact that there’s a group of girls with an adult stood right next to them, they are so excited they are not listening to anyone. As the train doors open, they jump on. Everyone is shouting for them to get off. But before they do, in the melee of the crowded train, the doors close… and the train moves off…

What’s the reaction of the other kids this time?

Wrong. (But you probably knew that already.)

Shock. Panic. Screaming. Crying. This time it’s all of those and more – not just from the four on the train, but the other 20 still left on the platform, plus some of the adults too.

And the four girls on the train didn’t do what Maxine did and jump off at the next stop. No, they were so freaked out by this they stayed on the train… to the end of the line. It was the Metropolitan Line. It finishes in Amersham in Buckinghamshire.

Back at school I get a phone call from the station manager there saying to me “I’ve got four of your girls here… what do you want me to do with them?” So I send a teacher out in a taxi to bring them back. There was no harm done. But the next day I get those 24 kids together and I ask them: “How many of you have been on the London Underground before?” Out of 24 Hackney born and bred kids, only eight had ever previously been on the tube.

Within hours of the class getting back, I had over twenty parents outside my office demanding to know why this, that and the other had not been done, why hadn’t we organised a coach, why hadn’t we “protected their children from the hazards of London transport?”

Thanks Alan – who now runs the social media network newteacherstalk. 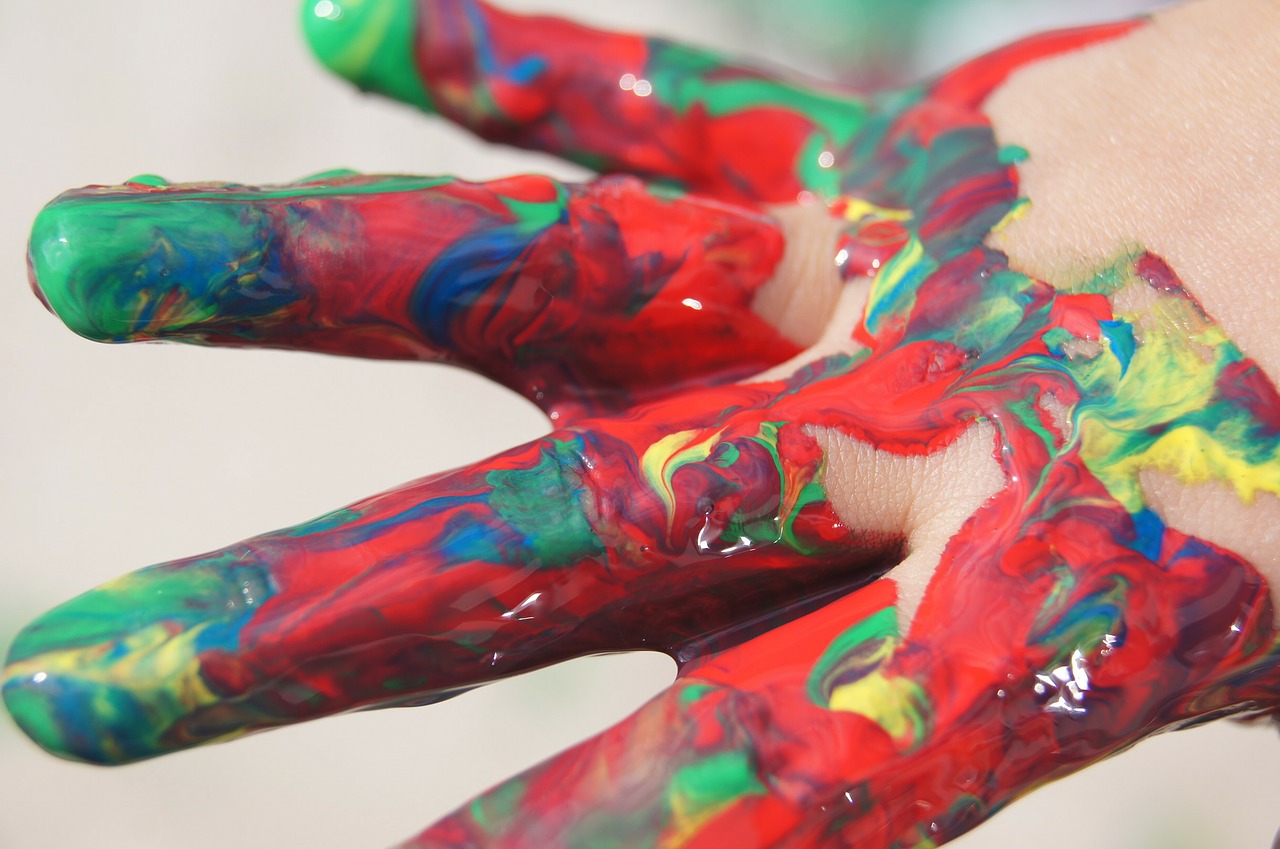 This story exasperates me. Kurt Hahn would be turning in his grave. Maxine is my heroine – no fuss, no drama – just used initiative and solved any problems there may have been. I feel for the young teacher who tried to educate and excite her class with a fun day out and I hope it hasn’t dampened her enthusiasm to run future trips.

I feel for the students too who don’t have or aren’t empowered with the initiative or confidence to adapt to situations which are thrown at them. Partly – largely perhaps – it’s down to societal changes I suppose – nine/ten year old girls taking the tube/bus/train to school on their own are pretty rare now in whichever part of the world for fear of worst case scenarios and initiative is not always promoted within the framework of our lives.

International Schools and the IB are leading the way in developing this quality and long may that continue!

Another confession to finish with – I feel very lucky to work in my industry. The school travel business is full of passionate, genuine and honest folk who are focused on creating opportunities and experiences for young people.

We need to continue to focus on making teachers’ jobs easier to ensure that none are put off arranging trips for their students due to societal fear or pressure.

Written by Tim Douglas
Head of Group Travel for GVI, which promotes overseas volunteering and travel.
Connect. Support. Discover.
We're the world's leading community of international teachers. More than just a job search, Teacher Horizons is your online home, wherever your journey takes you.