A major concern of many international teachers is their ability to pick up a local language and be able to get by in shops, bars and restaurants. Mandarin is arguably the most difficult language in the world for an English speaker to learn, but Helen Weir’s experience proves it can be done with a little determination. We hope Helen’s story inspires you to get involved in learning your local language, as trust us, it makes all the difference to your cultural experience.

Ashamedly, despite being an English teacher, languages have never been my strong point. Attempts to use my textbook learnt German when travelling on the autobahn in Berlin led to withering looks by the locals who replied in perfect English; my broken Spanish got as far as a gargled please and thank you in tapas restaurants in Barcelona, and I am still (only semi-ironically) under the assumption that if I add ‘le’ to any noun I am speaking French. As much as I understand the cultural import and credibility of learning another language-I really do- I just can’t muster up the motivation because, as I remember saying to my agonized German teacher: someone always speaks English so why bother? 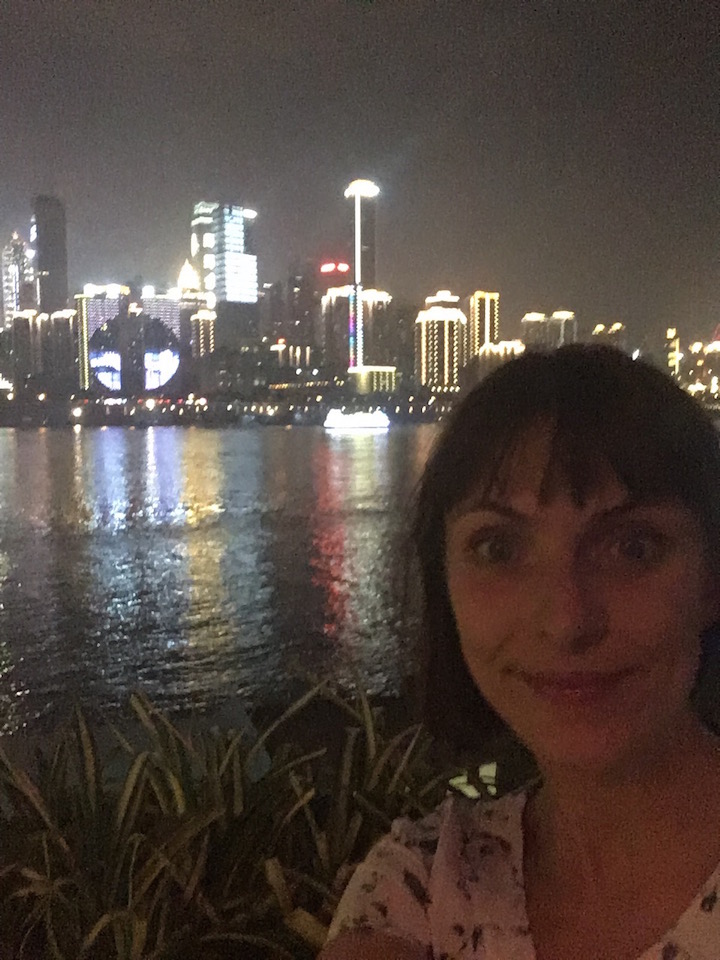 This all changed five months ago when I moved to Chongqing. Chongqing, is a sprawling metropolis situated right in the heart of China, and, having recently been christened the world’s fastest growing city, its already colossal population of 30 million is rapidly expanding. With statistics like these you might not blame me for falling back on my lifelong mantra: why bother? True to my word, I barely learned ‘xie xie’ and ‘ni hao’ before taking up my job as a Secondary English teacher at Yew Chung International School. Having done my research a little more thoroughly, I might have stumbled across some facts that may offered something in the shape of forewarning. YCIS is Chongqing’s one and only International School, and as expatriates make less than a percentage of this incomprehensibly huge city, even fewer people speak fluent English.

My inability to prepare, or even conceive, of a place in which ‘cappuccino, please’ is met with blank stares and panic, did not lead to an easy transition period. During my first few days in Chongqing leaving my flat was an ordeal. My anxieties stretched from being scared to get in the lift in case one of my earnest neighbours attempted to greet me, to a fear of buying, and consequently eating, one of the infamous local delicacies in the supermarket. As far as I was concerned at that point, the labelling for pig rectum could have had the exact same characters as fried tofu. It soon became apparent that my illiteracy was not the only thing that made me stand out. Shocked and delighted to see a ‘wai guo ren’ (not local person) in their neighborhood, wherever I went my presence would be met by the stares, exuberant hand gestures and the far from subtle photographs of the curious local people.

Keen to help local students learn our language? Sign up here, and then browse our ESL positions here. 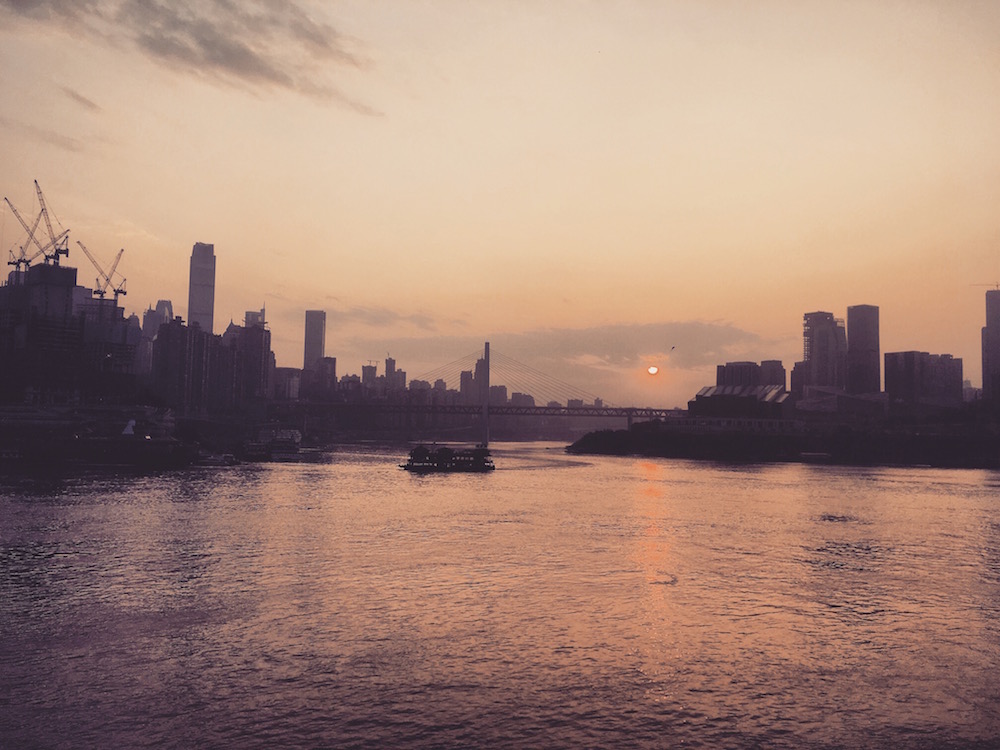 A week into my China experience and a lifelong mantra was disposed of. Survival instinct kicked in and I got on the phone to a Chinese tutor. Despite having what I now know is the best, most patient, Chinese teacher known to humanity, my first Chinese lesson left me with a feeling I was staring into a black abyss of incomprehensibility. Four tones, each with the uncanny ability to change the meaning of a word, aerobically challenging mouth shapes, words made up of squiggly lines- how could I ever begin to understand something so alien to ABC?

As the weeks passed, it didn’t get easier but it became bearable. Stories behind the shapes of the characters helped me remember them (my favourite- the character for women and the character for son make the character for good because it’s good for a woman to have a son), and the sheer necessity of knowing Chinese just to get a hot meal, meant I not only had to retain the vocabulary but I had no choice but to do the unthinkable and put my broken Chinese to use.

Putting It To Use

The positive reactions of locals when I ordered a small portion of noodles and cold water spurred me onwards- and with an increased knowledge of the language there inevitably came an increased knowledge of the culture. I learned that when my Chinese colleagues asked me ‘chi fan le ma’ this was not a question about how canteen lunch, but more an question of my wellbeing and that the cries of ‘Jiāyóu’ (add oil) during the sponsored Founders Day Run had absolutely no relation to automobiles. 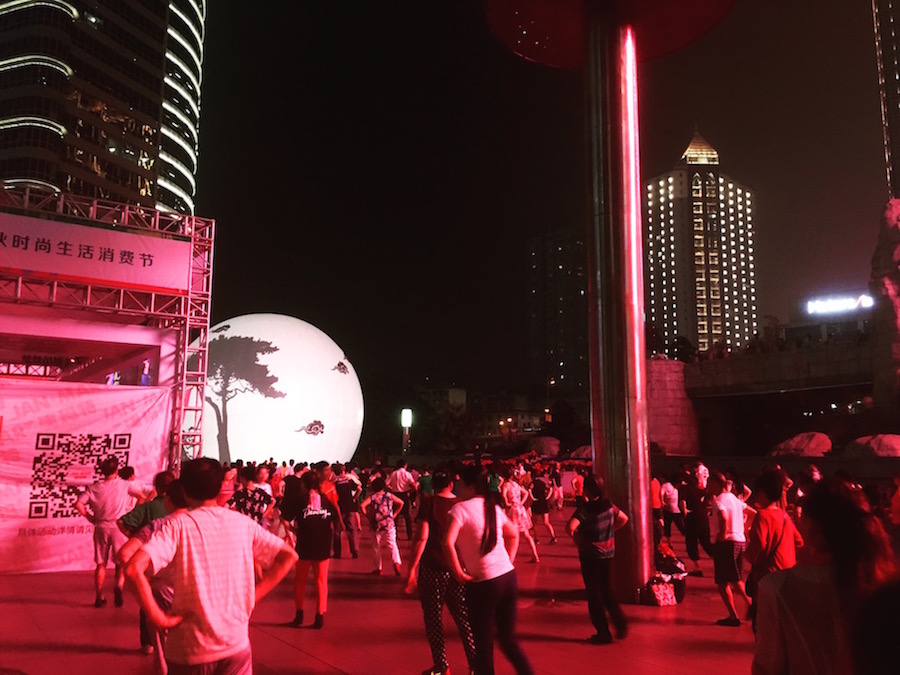 The most significant advantage of finally mustering the courage to learn another language was not, however, purely personal but professional. As in any school, many of my students in Chongqing are also second language speakers, but when I found that I would sometimes be teaching entire classes made of entirely of EAL pupils- some of which had just begun to learn the English language- I knew I was in for a fresh challenge. Fortunately, learning mandarin has given me a completely new perspective on language learning. Some of the struggles I face with my pupils’ pronunciation, retention and tenses are very similar to the ones my own mandarin teacher faces when teaching me. She has been an incredible resource and the techniques and strategies I borrow from her are as effective on the pupils as they are on me.

The pupils (some of which have mandarin as a first language) are well aware of my quest to learn Chinese as they learn English, as many of the students within my school are required to learn Chinese alongside English from primary school, I have found many of my pupils are my best teachers. Stopping me in the corridor they will ask me what I learned in Chinese this week, eager to correct my pronunciation and confident in the knowledge that even teachers need to study and review when it comes to language learning.

Six months in, and I have slowly begun to see the lack of English speaker in this city as a positive. Would I have had the motivation to learn a language if I had chosen to move to a more ‘foreign friendly’ city such as Shanghai or Beijing? Given my idleness in this area in the past I can admit it is highly unlikely. Is my Chinese pretty good now? It’s diabolical. I am still met with blank faces when I mispronounce the word ‘wǒ’ (I) or get my ‘fàn’ (meal) mixed up with my fèn (portion) and with a knowledge of just 25 characters, I am categorically a functioning illiterate. But can I order a coffee? ‘Wǒ xiǎng yào yībēi kāfēi, xièxiè’.

Written by Helen Weir
a secondary English teacher from Scotland who trained in Birmingham. Although she misses the struggles and hilarity of the British classroom, Helen is enjoying completely different challenges in Chongqing, China.
Explore. Connect. Share.
We're the world's leading community of international teachers. More than just a job search, Teacher Horizons is your online home, wherever your journey takes you.