Last week the Teacher Horizons team met up in Siem Reap, Cambodia, where a large number of our team are based. Here Ben, Teacher Horizons’ web developer normally based in London, gives his impressions of the week.

In Siem Reap it was the first time that I met most of the team, so it was really good to put names to faces. It was great to all be working together as it gives us the opportunity to see how other people (e.g. recruitment advisers) work. Everyone got along well and we all had a lot of fun. 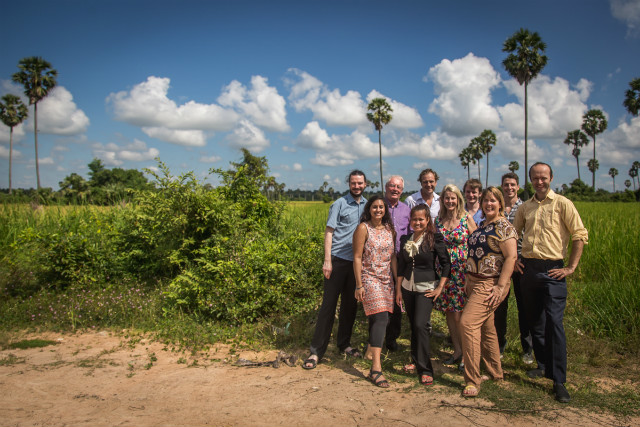 I also found out some interesting things about Teacher Horizons. Teacher Horizons was launched in Tahir Square just after the Egyptian revolution. Our values, which are to be Simple, Transparent, Empowering, Personal and Pioneering (STEPP) were originally going to spell PPEST.

A productive week (or mainly socialising)?

I came away with a real sense of what Teacher Horizons is aiming to be – the biggest and best community of international schools and teachers. I think that the whole team understands how they play a part in that, and how Teacher Horizons contributes to improving education for schools, teachers and students.

We visited a unique school called Jay Pritzker Academy (JPA), which is run by a charitable foundation for Cambodian village children offering them an amazing education in a world-class facility. This was the first time that I have visited an international school, and it was great to see the work that the school is doing and how Teacher Horizons supports that.

We did also do some socialising, and it was great to find out some unexpected truths about the team members. Who knew that Anisha was a Michael Jackson fan, Alexis has an affinity for jodhpurs, Alex has been a circus clown or that Ryan once played chess for England?

This was my first time to South East Asia. I found the Cambodian people really friendly and welcoming, from the tuk tuk drivers, to the co-workers in our office, and the locals who we got involved in some team football. The food in Siem Reap is excellent, there is ample choice of both Western, Asian and Khmer (Cambodian) cuisine, all of a very high standard.

Of course we visited the temples of Angkor Wat, where we saw the sunrise before heading off into the jungle for a morning cycle ride. This was brilliant as we got to see much more unexplored areas of the temple complex, and get a feel of what the team members out here get up to when not at work.

The Teacher Horizons office is situated next to the main river running through Siem Reap. It is in a very cool shared working space, where a number of Cambodian and international artists have display areas, and anyone can come to work. We were made to feel at home here, and the office facilities were excellent.