Back in the now rather obscure and vaguely-remembered distant youth, I never planned to travel widely, and certainly was never going to sign up as a teacher. I was going to be a lawyer, drive a Mercedes Benz, and live in a big white house next to the beach. But the universe has its own way of directing one’s life and it’s quite a humbling experience and yet strangely uplifting to reflect on how things turned out in the end.

I guess I was never going to be a complete fit for the norm. I was born in the Ugandan city of Kampala and I was told by my mother the delivery room clock had stopped sometime before midnight, so my exact date of birth was more of a guess than an accurate record. But that’s Africa, and from an early age I embraced everything about the continent, good and bad. A few years in Kenya and then Swaziland and finally Durban, South Africa completed my early years and brought me to the start of a long, rich and fruitful career in education.

In 2007, I was appointed as the CEO of Round Square, a global association of like-minded schools and this was the beginning of a fantastic six-year journey to all parts of the world and to schools that reflected rich and varied cultures, values, and influence, often with my great supporter and unofficial travel agent: Angela, my wife. Most of these schools were independent/international in flavour and staffed with expats.  This offered me a rich opportunity to meet and interact with teachers from diverse and fascinating backgrounds.

In reflecting on this, it becomes really apparent to me that the expat teachers who relished in their circumstances and who were richer by the experience, were those who chose to make a good jump away from their comfort zones. Staffroom chats and sundowners with these folk soon revealed the wonder and richness of their newfound experiences. Particularly those folk in the more exotic locations like Kenya, Thailand, India, and Columbia. One really springs to mind and is worth sharing. For obvious reasons, names are changed but the story is real.

Gwalior is one of those Indian cities that personifies all that is ancient India. Temples, palaces and shrines dating back not hundreds, but thousands of years welcome a visitor with a breathtaking impact. The great fort that sits on the plateau overlooking the city commands one’s attention immediately and one soon becomes absorbed into the sounds and smells that draw you into a very different world.

It was to this very unfamiliar place that a young South African teacher, Johan, chose to spend a year. Angela and I joined up with him after he had been working there for about six months and we were immediately enthralled by his tales of adaptation and challenge. Just getting down the mountain into the city on a moped itself was a weekly adventure. (Traffic in India is on another level and in the rural areas it reaches astronomical heights compounded by the presence of all manner of challenges.) Strange beds, spicy food and accents that are often undecipherable contrive to make the experience a challenge and an unforgettable memory. 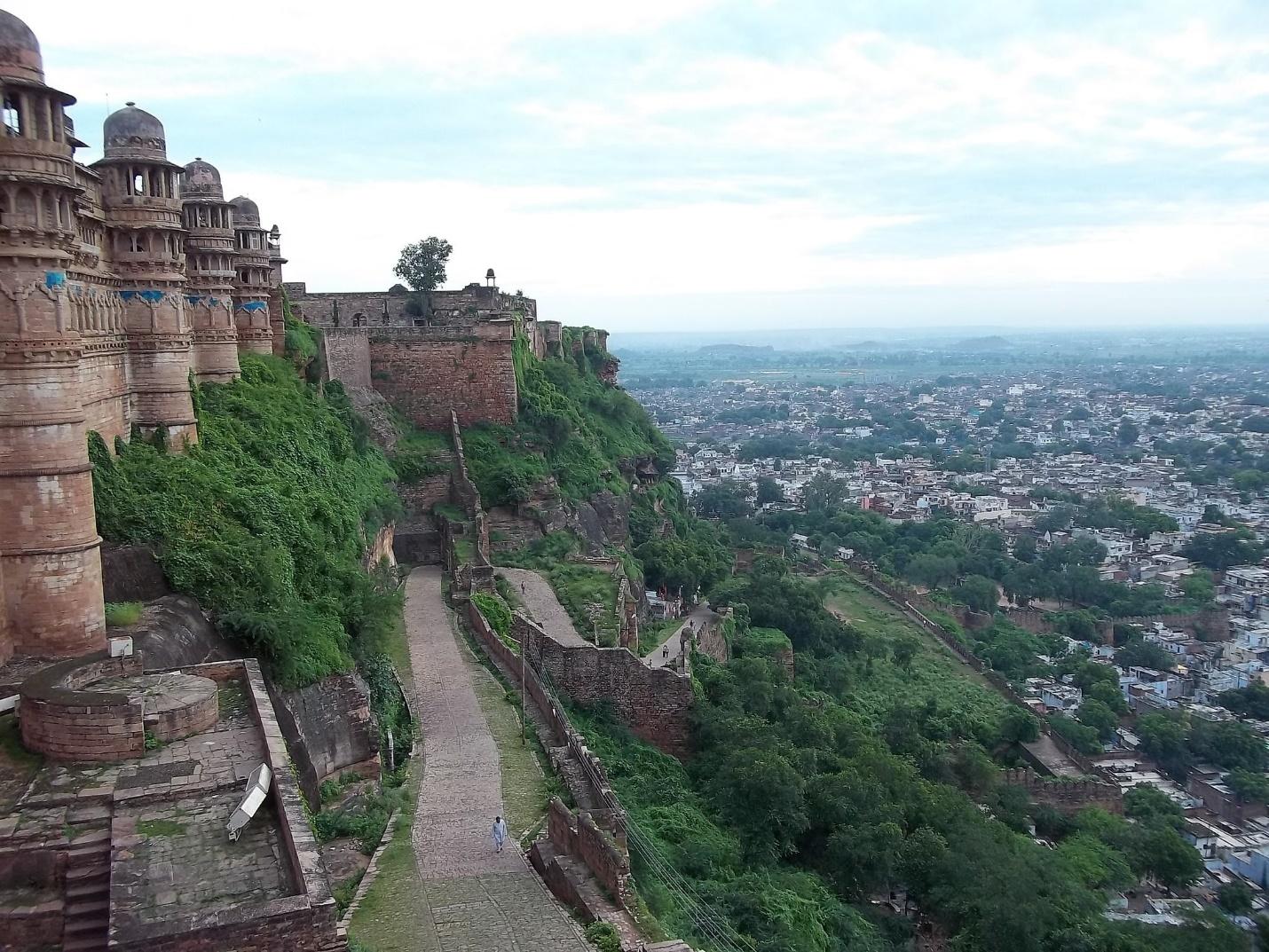 Johan spoke of adapting to a foreign system of teaching and learning and embracing the opportunity to learn new and unusual skills. This paled into insignificance when he spoke of the travels that he had undertaken when the opportunities presented themselves. Indian trains which have a character all of their own, Tuk-Tuks, buses which travel with a blend of Formula 1 racing, Mad Max type urgency and something of an apparent death wish, took him to all parts of the sub-continent and added to the avalanche of colour, sounds, and smells that every journey presented.

The unfamiliar living quarters, the warm and wonderfully friendly colleagues (and indeed anyone he met), the grandeur of the daily sunrises and sunsets and the splendour of the country, as well as the cultural immersion, combined to make this an unforgettable experience, rich with memories that will never fade.

Returning to South Africa and a once familiar lifestyle took him a measure of re-adjustment and despite being back with friends and family, there remained a longing for the pungent odour of the Mumbai streets, the smog of Delhi and the street sounds of Jaipur. And certainly an experience to be richly valued and never to be forgotten.

On reflection, many people today talk of global citizenship, and the need to become actively engaged with the global village. Although one might think that technology could overcome the challenge of distance, there remains a substantial drawback, and that is the inability to fully immerse in a culture, custom, and character of a foreign country unless one is living there.

To develop as a global citizen, one needs to see the world through a different cultural lens. This has the potential to be a powerful, transformative experience that will serve one well in university, business, and in life. Certainly an overseas teaching experience delivers a clearer appreciation of other views of the world, and affords one an opportunity to become more self-reliant and confident. An international teacher builds the capacity to be independent, a creative problem-solver, a critical thinker, an articulate communicator, and a confident educator.

Furthermore, educational travel on any C.V. demonstrates initiative, maturity, well-rounded interests, and an inquiring mind. A discussion of Maori art, early Greek civilization, or the cuisine of South America, can substantially enhance any job application and will create a very positive impression in any interview.

Brian ​​Dawson was born in Uganda, and schooled in South Africa; he is proudly African. He has a passion for the upliftment of youth and development of emerging teachers, particularly the young people of Africa. He has had a long and prolific career in education with extensive international experience as the former Executive Director of the International Round Square Schools Association. He is an English graduate with a Geography Honours degree and a passion for the outdoors, African wildlife in particular.