This week, another of our wonderful teachers has written a blog giving advice about your job search. Sarah Morris recently began a Science teaching role in the Cayman Islands, and alongside teaching she runs Brainhappy – a consultancy and coaching service which aims to improve staff wellbeing all over the world. So her advice is certainly worth taking on board… have a read!

I was at an international schools’ job fair in London a few years ago and noticed a disproportionately large queue of people vying for the opportunity to greet the director of a school in Bogotá, Colombia. If you are not familiar with job fair protocol, it is kind of like a summer fair, except it’s usually indoors and conducted on a rainy January day. Schools and teachers fly in from all over the world for a weekend. They set up tables, often with some kind of display or scheduled talk to introduce themselves. You then line up and leave your CV, in the hope that you will later find an invitation for interview placed in your newly set-up pigeon hole. Interviews then take place over the rest of the weekend, sometimes in hotel rooms. It’s a rather odd affair, but can be a highly efficient way for schools to recruit staff and teachers to find jobs. 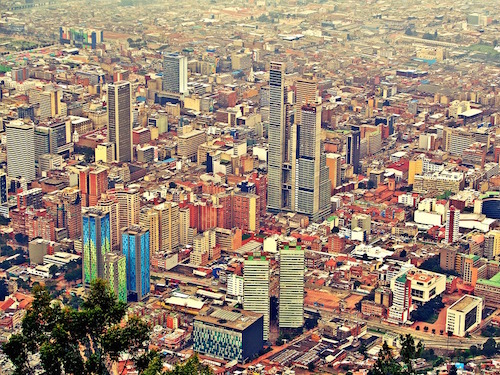 There was a palpable air of excitement around the Colombian school’s small table, with people pushing to get to the front. I thought I’d better see what all the fuss was about, and so I signed up for a talk about the school later on that day. I must say that I was put off by the extremely large size of the school, poor student behaviour, relatively low student attainment and extremely long meetings, all mentioned by the director. However, when I talked to one or two of the other candidates over some cake and wine later on, they were mightily excited to have been offered an interview. Why, despite the school sounding no different from the local UK school down the road, were so many people still interested? “It’s Bogotá,” was the reply. Bogotá, having partially shed its reputation for FARC rebels and cocaine, had become the new place to be for the latest set of teachers. China and Dubai were out, it seemed. Bogotá, the rainy capital of South America’s second most populous country was in, and people were willing to trade in their work satisfaction in order to be there.
I was puzzled. Maybe the opportunity to live in your Number One Top Destination would be enough to stave off the blues at work for a while, but surely not for a whole two-year contract. A teacher that is only motivated by the chance to live in their favourite country, surely isn’t doing their employer or themselves any favours.

Read some more stories from our happy teachers placed in locations all around the world, click here.

2. Not asking the right questions

But it wasn’t the Bogotá frenzy that was the most memorable event of that job fair, for me. It was an interview with a private international school from Riyadh, Saudi Arabia. When it came to my chance to ask questions, I asked them to confirm that the school would provide multiple exit visas so that I would be able to travel out of Saudi Arabia freely during holidays and maybe the odd weekend (in Saudi Arabia, your employer must give you permission to leave the country, through issuance of an exit visa). The reply was that exit visas were offered only once a year as the school didn’t think it was appropriate for staff to leave the country any more frequently. That was my first contact with a school that clearly didn’t value the wellbeing of staff, the benefit to students of well-rounded teachers or simply a person’s right to freedom. I’d love to know if anyone at the job fair took them up on an offer. Only someone not clued up on exit visas, I thought. And what regret that would cause, when the poor candidate arrived to find they would be missing Christmas at home, half term adventures abroad and indeed, any chance of escaping for ten whole months.

Want to join Sarah in the Cayman Islands? Have a look at her school’s profile page here. 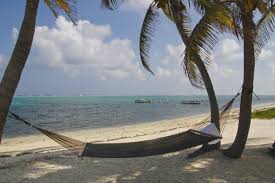 Job fairs have the advantage of so many jobs in one place, however, they also have the disadvantage of having so many competing candidates also in the same place. So if you want to bag an interview at the best school, do your preparation in advance. Find out what you can and send a short email to introduce yourself to the school director before the fair, stating that you are looking forward to meeting them. That way, you have demonstrated your enthusiasm and given yourself a slight step ahead of others. Aside from the context of job fairs, make yourself stand out by making a video of yourself, attaching some evidence of outstanding teaching to your application, or adding some ‘reviews’ from students.

Read more advice from our teachers: 10 pieces of advice before making your next move

Thanks so much Sarah. Hear more from Sarah next week when we put out her blog on asking the right questions. Want to join Sarah in the Cayman Islands? Well  sign up, and look at our jobs. Or if you have your own advice to give, please email us on editor@teacherhorizons.com . We would love to hear from you!

Written by Sarah Morris
who enjoys throwing herself into life in new cultures and has taught in Nicaragua, Kenya, Sierra Leone, Cuba and the Cayman Islands. When she is not searching for new adventures, she is often found rescuing street dogs, and runs www.brainhappy.co.uk - a consultancy and coaching provider aimed at helping workplaces all over the world, including schools, improve staff well-being.
Explore. Connect. Share.
We're the world's leading community of international teachers. More than just a job search, Teacher Horizons is your online home, wherever your journey takes you.