Interested in heading to the Americas as part of your next adventure? One of our very own Biology teachers, Paul Arnold, can give you the low down on life in Mexico City. He was actually looking to head to Asia but fate (and a great interview with Churchill College) brought him to Mexico. It’s a city of cultural heritage and culinary excellence. There are vast open squares, ancient canals and never ending museums. With a young innovative vibe the city is moving away from a rougher past and becoming more and more popular with expats and entrepreneurs. So what do you think Paul? 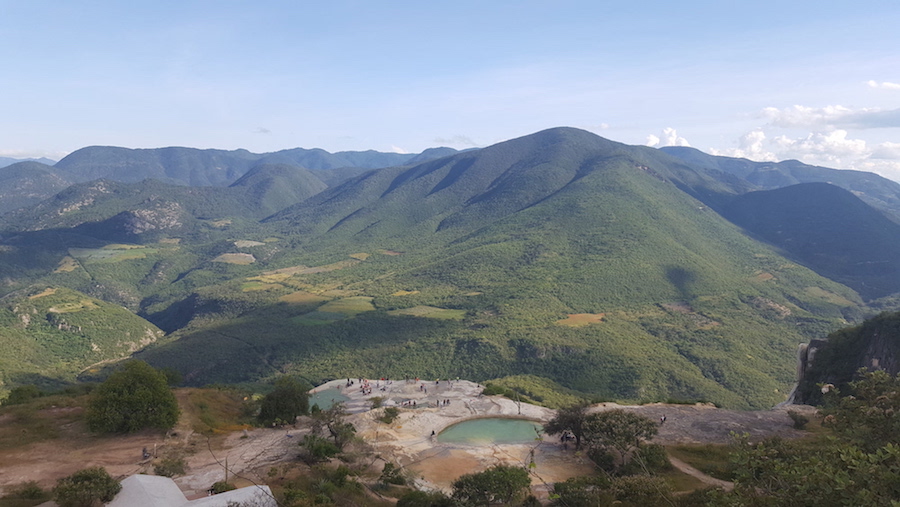 Where are you teaching and what’s your school like?

I am currently teaching in Mexico City at Churchill College, It is an IB School of around 150 students, most of which are Mexican but speak English fluently. I teach IB Biology and IB Sport, Exercise and Health Science, along with an IGCSE Combined Science course. I chose the school because it was fairly well established and therefore had experience delivering the IB course. The draw of the location was really to try something completely different, along with being able to learn Spanish and travel around Central and South America.

How did you get your job? What was the process like?

The process was really simple actually. As I already had a full-time teaching job in the UK, I didn’t necessarily have loads of spare time to fill out individual job application forms and mini-essays detailing my education philosophy! Teacherhorizons felt much easier and the help I had from Tiffany was fantastic. I initially filled out the online pages and uploaded my CV. From there, Tiffany spoke to me over Skype and gave me the lowdown on how the process worked. I then perused the job adverts listed on the website for my subject and chose three that interested me. Tiffany forwarded on my details and I ended up having interviews for two schools, before accepting a role at Churchill College.

Read all about how Teacherhorizons works. Schools can even search for you now (find out more about our explorer service). 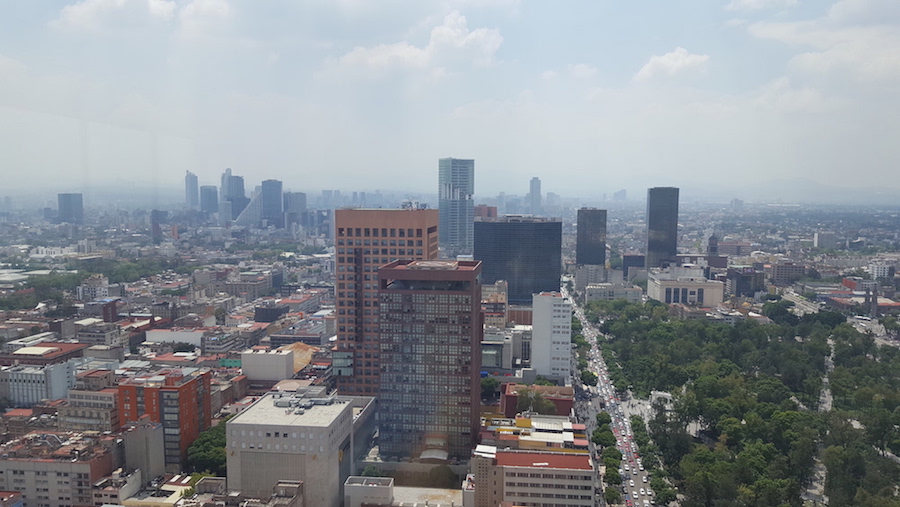 What is the city like? Is there an active expat scene? What do you do in your free time?

Mexico City really is an amazing city. It is huge and there are many places I have not yet explored. My school is quite small and is situated south of the centre so I am not near any active expat areas. I am lucky that I have met some fantastic colleagues at my school and I tend to spend most of my social time with them in nearby areas like Coyoacan, an area rich in tradition and culture. On occasion I will venture downtown or to areas like Condesa and Roma which have much more of an expat scene. I try and make the most of the weekends!

Which tourist sites or must-visit places are nearby?

Coyoacan is not too far away and is certainly full of history and culture. It has Frida Kahlo’s house, which is a very popular tourist attraction, along with Leon Trotsky’s house and Diego Rivera’s museum. It’s also just a really nice place to wander around the two main squares and peruse the local markets and restaurants. There are so many sites to see downtown, making it is hard to list them all, but I certainly enjoyed the Anthropology Museum and drinking a cocktail at the top of the Latin-American Tower.

Another happy teacher, Eldon Pascoe, has taught in Mexico City  too; read his story

What is the climate like? Is there any extreme weather? If so, how do you deal with it?

The weather in Mexico City has surprised me. It is currently late January and I am sat wearing multiple layers in my classroom! As it is at such high altitude, it does get cold in the winter months and Mexican buildings don’t tend to have any form of central heating. It has barely rained in the last few months too and that seems to make the pollution slightly worse. The sun usually shines though, and that keeps you warm in the afternoon. I arrived in August and at that time it was much warmer and tended to rain on cue every day at about 4pm, usually in the form of a thunderstorm.

What’s the cost of living like? Are you able to save money?

Mexico City can be a cheap place to live. The salaries are perhaps reflective of that, though, so I wouldn’t say that I am able to save a huge amount. It probably is possible to save some money but I am too focused on enjoying my time here! If you go to eat and drink in the more expat/international areas then it is more expensive than staying in local areas. 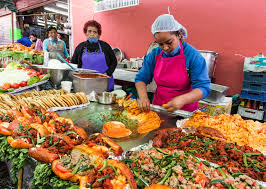 What is the food like? Is international food available? Have you tried any unusual local dishes?

Mexican food is not like the “Mexican food” I sampled in the UK. It is much better here for sure, and it is rare to find bad local food, regardless of the price. You can eat very cheaply from places off the street, usually in the form of tacos. But there are also a whole host of restaurants offering a wide variety of food from all over Mexico and the world.

How is the culture different from your home culture? Have you experienced any culture shock?

I can’t say I have experienced too much of a culture shock. The language barrier is certainly an issue at times but other than that it has been very easy to adapt to living here. It is a big city, after all, and most things from the UK you can find here somewhere.

Have a read of our Happy Teacher Archives, for more happy teachers in the Americas and other locations. 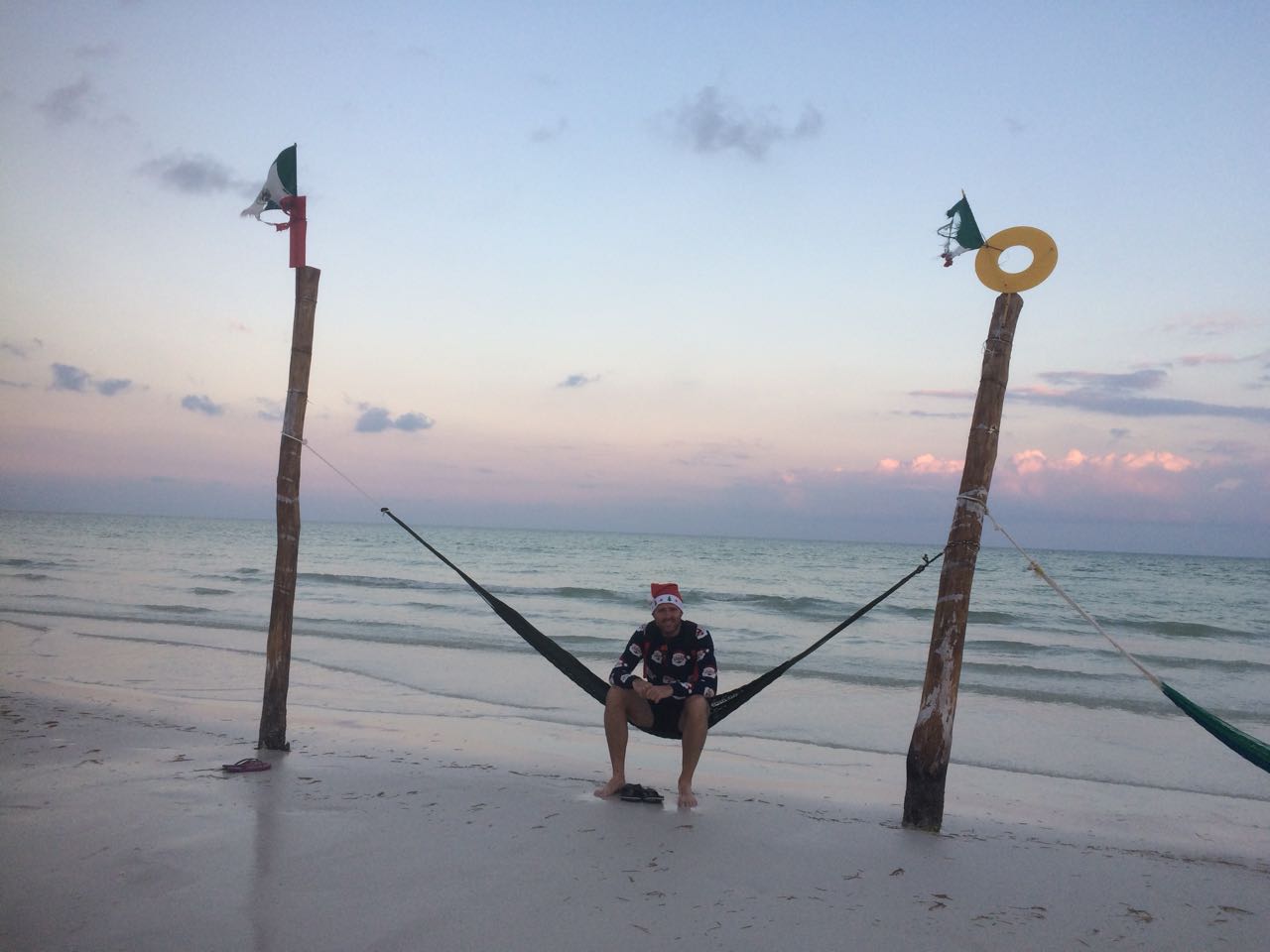 What’s the best thing about living and teaching in your chosen city? What have been your highlights so far?

One of the best things about moving out to Mexico City is that I now try to make the most out of my spare time, largely because there is so much to see and do! Every weekend is a chance to see something new in the city and have fun, while every school holiday is an opportunity to explore some of the amazing places the country has to offer. Certainly my highlights have been travelling around Oaxaca in October and the Yucatan region over Christmas; there’s nothing quite like spending Christmas day on the beach!

Are there any drawbacks? What kind of person would not be suited to this location?

Of course there are drawbacks, as there could be with any location I would imagine. It is a polluted city with bad traffic and poor infrastructure in places. I was unfortunate enough to be here for two earthquakes, the second of which was felt strongly in the city and caused some serious damage and loss of life. I spent a few days aiding the relief effort and was certainly affected by the experience. That being said, witnessing the amazing efforts of people in the city to help was just incredible. Being open-minded to the possibility of something like this happening is certainly important for someone looking to move here, despite how rare these events may be.

What advice would you give to someone who was thinking of coming to live and work in your current location?

My advice for someone thinking of living and working here would be to consider what they want out of an international teaching job. If a big city is appealing, then Mexico City is certainly an attractive place to live and explore. If earning big tax-free salaries is the main aim, then this is possibly not the place for you (school-depending obviously). I came here for the adventure and, so far, I have not spent one day regretting my decision. Viva Mexico!

Want to join Paul in Mexico?  To find out about this school and others, sign up here and have a look at our schools in Mexico.