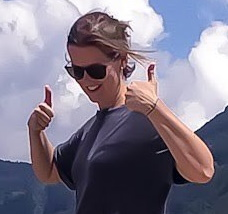 What countries are in Southeast Asia and Latin America?

The map below shows the countries that make up Southeast Asia and Latin America.

Although not technically part of Southeast Asia, schools in China, South Korea and Japan are referred to in this article.

Working for a school that is part of a larger group

One advantage of working for a school that’s part of a group is the opportunity to collaborate with colleagues not only within your own school but from other schools across the group. They also generally have bigger budgets so school facilities are truly world class and the CPD on offer is often to a high standard, as discussed below. However, when it comes to working for a big brand school, such as Dulwich College International or United World College, there are few, if any, campuses in Latin America, as illustrated by the bar chart below. 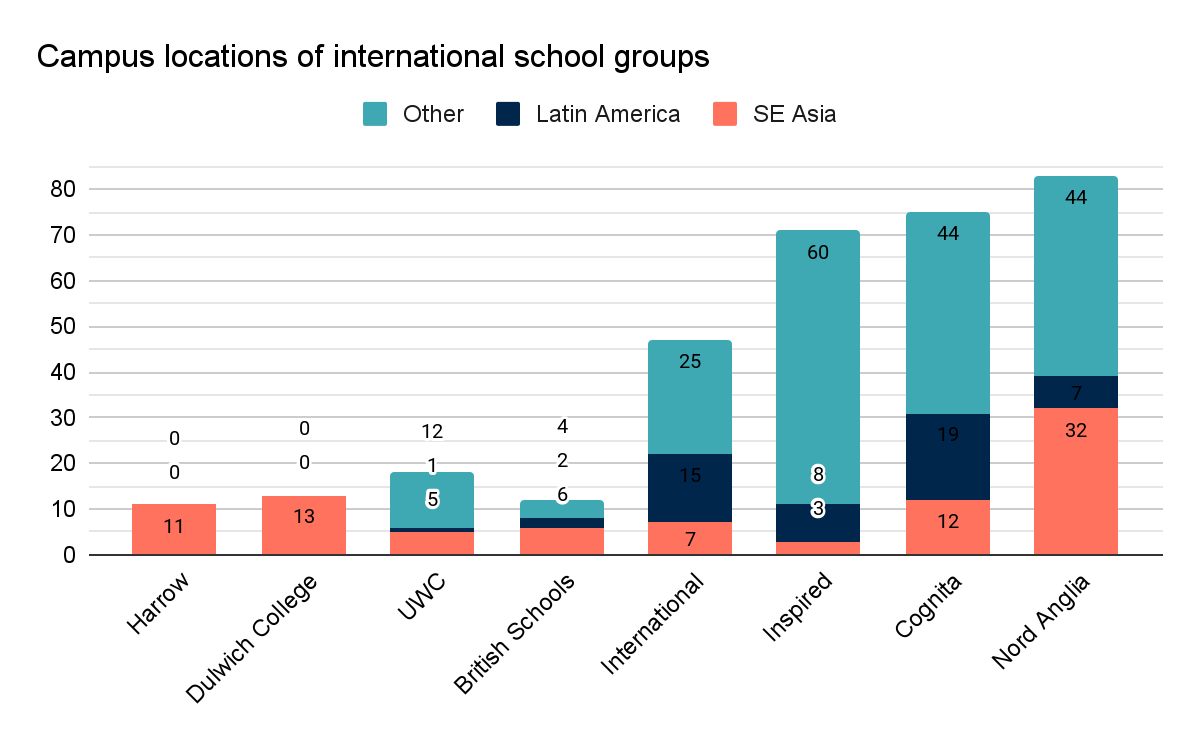 Schools in Latin America are more commonly standalone schools, which can have advantages, such as less bureaucracy and greater freedom to make decisions related to curriculum.

The British School Quito (endorsed and visited by TH)

There are also opportunities for inter-school collaboration through the Latin American Heads Conference, a group of 50 member schools in Latin America which aims to “create, develop and nurture a professional learning community within the region by sharing expertise and experience within and beyond the association”.

As demand for international schools is so high in Southeast Asia and many of these schools charge much higher tuition fees than those in Latin America, international teacher salaries are often significantly higher in Southeast Asia, making it seem like the obvious choice if you’re looking to save money. While not as easy as in Southeast Asia, it is still possible to save money in Latin America if you do as the locals do and make the majority of your purchases in local markets instead of the expensive supermarkets marketed at expats and mid- to high-class local families. Buying local products made in-country rather than imported items will also reduce your outgoings. While salaries in different countries vary, but so does cost of living. What matters more than salary is savings potential. Zoubiya explains it with examples here.

An attractive element of the package offered by many international schools in Southeast Asia is accommodation, or an accommodation allowance. For the same reasons as above, this is less likely to be offered by schools in Latin America, although it is possible to find some schools that offer it. Although it may seem a disadvantage that accommodation is not so common in Latin America, it does allow you more freedom to choose something that suits your needs, and your school will almost certainly still help you to find what you’re looking for

While most international schools have a similar number of days holiday per year, some schools in the southern countries of Latin America have their long summer break between December and February, allowing you to pop home and celebrate the festive season with family and still have time for some international travel!

The high concentration of international schools in Southeast Asia can allow schools to share the cost of inviting an expert from another country and, pre-pandemic, sending staff to these sessions was cheap and easy. International schools that are part of a network often have a larger budget available for CPD, as well as being able to take advantage of group discounts, thus giving access to a wider range of CPD opportunities. Remember that international schools that are part of bigger groups do exist in Latin America, and that there will be options available through organisations like COBIS and the Latin American Heads Conferece. Even if your chosen school in Latin America isn’t part of any of these networks, it doesn’t have to mean stagnating professionally for the duration of your contract. You can read more about how to ensure you get great CPD even if your school doesn’t offer it in our article Seven ways international teachers can continue their professional development.

Photo by JESHOOTS.COM on Unsplash

In 2018 more than 70 countries used the Organisation for Economic Co-operation and Development’s (OECD) Programme for International Student Assessment (PISA) test to measure the ability of their 15-year-old students “to use their reading, mathematics and science knowledge and skills to meet real-life challenges” (PISA) in order to help shape their national education policies. In the 2018 tests, the average score of students in China, Hong Kong, Macau, Korea, Singapore and Japan was above the international average in all three categories, while those in Latin America all scored lower (PISA, “2018 Results”). This type of data supports the stereotype of Southeast Asian students as being generally more academic, which Mark Boylan attributes to “a high value placed on education and a belief that effort rather than innate ability is the key to success”. Students and their families with a growth mindset, who highly value education is every teacher’s dream but, in Southeast Asia, this often goes hand-in-hand with a strong fear of failure, and hours spent in after-school tuition, with little time for anything else. This is supported by the findings of PISA’s students’ life satisfaction survey, in which students were asked to “rate their life satisfaction on a scale from 0 (not at all satisfied) to 10 (completely satisfied)” (OECD). “The lowest average life satisfaction values were observed mainly in East-Asian countries, while the highest were observed in Latin American and in many Eastern European countries” (OECD, What School Life Means) and “ results show that students in high-performing countries/economies tended to report higher level of fear of failure” (OECD, Japan Country Notes). It’s possible that, when working in an international school in Latin America, some of your students may be less traditionally academic, but many of them will be cheerful, full of energy, and always greet you with a smile.

Check the Foreign Commonwealth Office’s Safety and Security advice for the big Latin American countries and you’ll see that crime rates, particularly robberies and pickpocketing, are generally higher than in Southeast Asian countries, such as China, Thailand and Singapore. At first glance, the statistics can seem scary but, when considering accepting a position at a school in Latin America, it’s worthwhile asking asking to be put in touch with teachers who work there already to find out what the situation is likely to be for you. Many international teachers live in an expat bubble in their host country, living in safer, upmarket neighbourhoods and travelling by private transport. In addition to this, you can ask your school for basic safety guidelines, such as always using pre-booked taxis, withdrawing cash from ATMs located inside banks and shops rather than on the street, and avoiding ostentatious displays of wealth, like expensive watches or checking your phone in the street.

Photo by Olya Kobruseva from Pexels

Language is a category where Latin American countries have a real advantage. With the exception of Belize, French Guiana and Suriname, whose official languages are English, French and Dutch respectively, the official language of the Latin American countries is either Spanish or Portuguese. As both of these languages are derived from Latin, there are many similarities between the two, meaning that you can learn one language and communicate in more than 20 different countries. In Southeast Asia, on the other hand, more than 10 different languages are spoken, each with its own non-Latin script meaning that, when traveling throughout Southeast Asia, you will be relying on locals speaking English.

As an international teacher, working at a school in Southeast Asia has obvious advantages but, look more closely at schools in Latin America and you’ll see that they have lots to offer. While it may take a bit more effort, it is possible to stay safe and save money, and the energetic vibe of the people of Latin America, combined with the ease of communication in Spanish or Portuguese make it well worth it.

“What Is COBIS?” Council of British International Schools, www.cobis.org.uk/about-us/what-is-cobis.

Written by Kay Brown
Explore. Connect. Share.
We're the world's leading community of international teachers. More than just a job search, Teacher Horizons is your online home, wherever your journey takes you.